Guide to research for your plot and characters 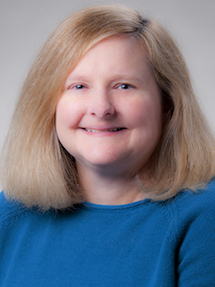 In order to write a screenplay, you need to be an expert in your plot, as well as your characters. Thus you need to "do your homework" or conduct research about what you are writing, whether it's a historical bio-pic or a contemporary story. And by researching a diverse range of people, your characters will be more diverse (and not just several copies of yourself or your close friends and family). Delving in the research will not only make your screenplay more authentic and compelling, but also will spur your creativity.

There is no such thing as too much research. Hopefully you will be sucked in to the sources you find, with one source leading you to others. But you don't want it to be an excuse to not writing your screenplay.

Go as Close to the Source as Possible

The most useful sources are going to be primary sources or first-person accounts: interviews, letters/diaries, photos or footage from the time period, etc. Are these sources objective? Quite the opposite. But the idea is to get as close to "in the head" of your characters.

The next most useful are nonfiction works grounded in research: historical works, sociological studies, etc., ideally written by researchers or possibly journalists, but that's not an absolute requirement. The less "academic" the text, the less objective and balanced the text will be. That doesn't make it a bad source, just a less balanced source. And the more "academic" texts tend to be, but not always, more dry.

Need to brush up on a historical event, famous person, geographic area quickly? Try encyclopedia entries -- Wikipedia but also ones the library has purchased that have gone through a solid editorial process. Search the EWU Library Catalog and limit your results to the format Reference Entries. We have several hundred encyclopedias online.